Ladies and Gentlemen,
Please allow me to introduce you to J.J. Lore.

J.J. is here to share with us a few details about her latest release, Forbidden: Planet Alpha, published by Evernight Publishing , but first, let's get you all introduced.

Well, now that we have the formalities out of the way I think all that's left for me to say is, J.J. please take the floor!

Ten points to anyone who recognizes that movie quote.

It’s Princess Leia trying to chide Han Solo in the Empire Strikes Back, and the first time I saw that scene I had an ah-ha moment in my pre-teen head. First, Han Solo was really cute and I wished I could hitch a ride on the Millennium Falcon, and the second was that I too, liked nice men. I’ve never been interested in the bad boy, the tough guy, or the man with something to prove. Nope, show me a guy who is decent, kind, and please-please-please, be in a good mood sometimes. That’s the guy I want to get to know.

All the heroes I’ve written have been nice guys at the core. They are strong, brave, and might occasionally have short tempers, but they never treat people with disrespect or disregard. There’s a simple reason for that beyond my own inclinations. When you write fiction, it requires immersion in your characters. They get in your head as you try to get into theirs, and I simply can’t have a mean person chattering away at my subconscious for the time it takes to write a book. There are too many mean people in real life; I don’t need to invite one to take up residence in my brain. If I don’t fall a little in love with my guys, how can I expect the reader to?


That sort of prerequisite might sound funny when you find out I write about a race of warrior aliens, males who love to fight and conquer and like nothing better than lopping an enemy’s head off. Not exactly nice guys on the surface. But I looked deeper and realized that to be a successful warrior, you need devotion to a just cause and to live by a code of honor, not just wield big muscles and bloodlust. So in the Planet Alpha books, my warriors are tough and rough, but they also stand up for their comrades and fall hard for their mates. 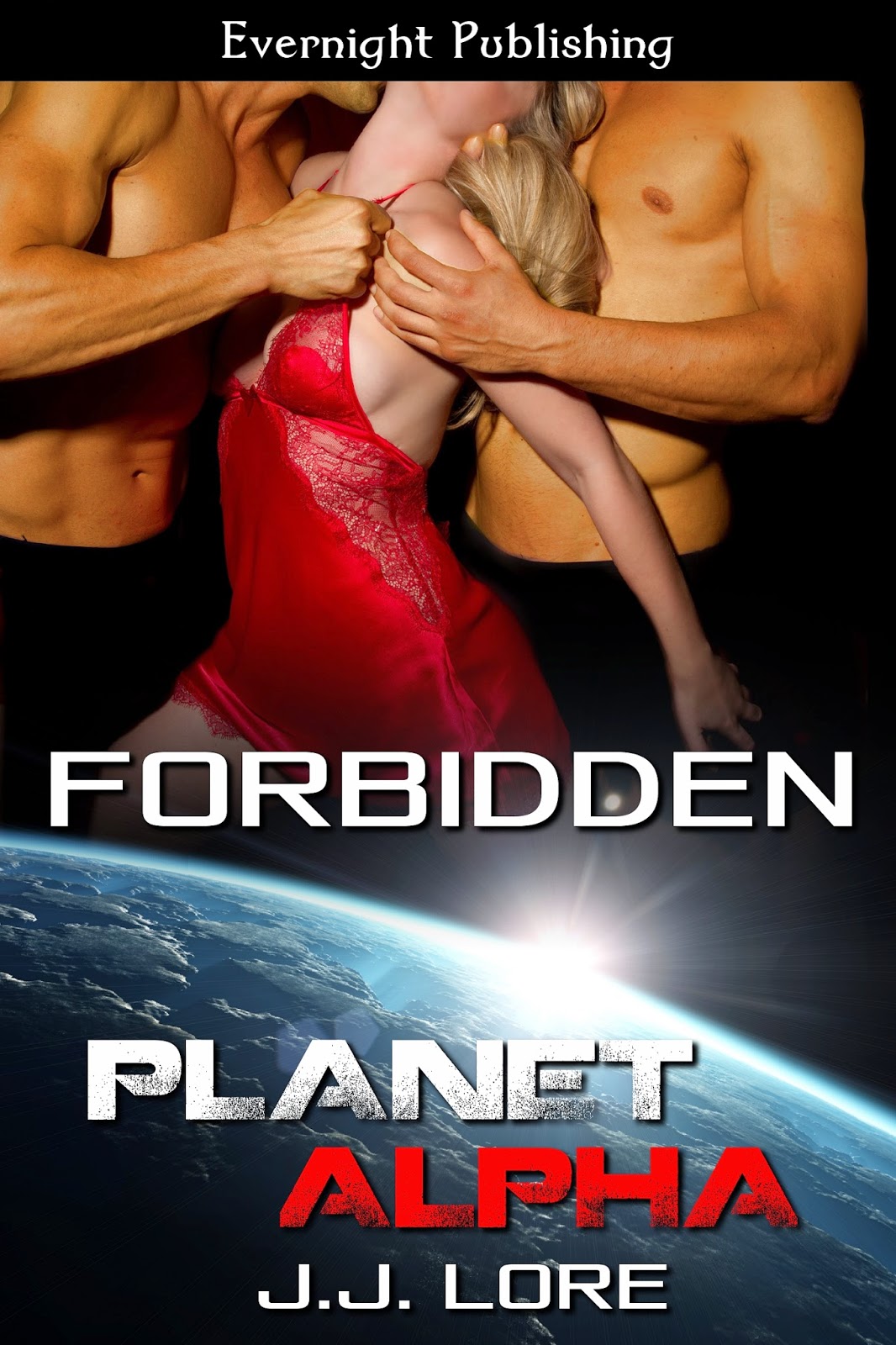 Working to heal wounded Alphan warriors is the new duty of bondmates Leo and Deklan. Although recovered from severe injuries received on the field of battle, they are no longer fit to fight. Their orderly, all-male existence is turned upside down when an injured human female becomes their new responsibility.

Aura Tremain wakes up in an alien hospital, healing from a beating delivered by the scaly Xyrans who’d kidnapped her. Upon her discharge, two handsome Alphan men offer her refuge until she’s well enough to travel.


Even though Leo and Deklan know they will never be permitted to bond with Aura as their souls demand, they can’t ignore the desire she stirs in them. Her time with them is short, but so intense. Will the intimacies they share be strong enough to withstand the expectation that bondmates are for battle-worthy warriors? Can their passion bind the three of them forever?

It was strange to wake up in a bed with an alien male, no, two alien males, she amended. She glanced over to see Leo was still asleep, sprawled on his belly, his head cradled on his bent arm. Lots of thick muscles under gleaming skin on display. They both looked so strong.

She turned her head back to Deklan and jumped with surprise to find him watching her with half-closed, sleepy eyes.

She nodded. Deklan’s eyes crinkled at the corners. He inhaled and stretched his arms over his head with a sigh, inadvertently dislodging the sheet even further down his body. He was wearing dark pants so there wasn’t much more she could see, not that she should be looking any further. She couldn’t quite take her eyes off him, though. As he lowered his arms, the one closest to her nudged along her shoulder and coasted down her arm, his large hand finally coming to rest next to hers.  He edged closer and watched her for a moment. She could feel the heat of his body.

“Do I look very different?”

“Different than what?” Aura whispered back, unwilling to disturb Leo when he’d been so kind to her.

“A human male. I’ve never seen one in the flesh nor seen a human female until the ship landed.”

“You look different. Bigger, stronger. Your skin is…” She trailed off, not quite sure how to put her newfound affinity for gold.

“Is what?” Deklan rubbed his hand along his chest, bumping over swells of muscle, disturbing the fine black hairs tapering down his abdomen. His voice was rough, and the timbre of it vibrated some previously unknown part of her ear.

“It’s beautiful.” Her honest assessment resulted in a disbelieving smile from the Alphan lounging next to her.

“It serves its purpose. I’d never call it beautiful, especially compared to yours.” Deklan glanced at her face, then her shoulders and arms exposed by the borrowed tank she’d worn to sleep. She knew she was blushing since her face was so hot. In an effort to compose herself, she looked over at Leo to find he was still deeply asleep, unmoving from when she’d last seen him.

A large hand sliding along her arm brought her attention back to Deklan to find he’d edged closer and turned so he was curving against her now. Maybe he was just affectionate in the morning, maybe—

The sudden press of a hard cock against her hip made her shiver. At least, she assumed the hard, warm shaft she could feel through her thin clothing was a cock. Deklan was alien, so perhaps his equipment was different. Although why he’d be aroused in proximity to her was a mystery. Perhaps he was similar to a man and this was just the usual morning reaction.

“Your skin is so smooth and soft,” he murmured as he ran his fingertips along her hip, then her belly, cloth bunching up under his fingers, exposing some skin at her waist. The slight parting of fabric made her shiver, made warmth spike into heat along her nerves. “Not frightened?”


“No,” she whispered, caught up in the intensity of his gaze, the sheer sensual pleasure of having someone touch her.


Forbidden: Planet Alpha is available now from all good retailers, including;

You know, i think these might be the first alien males I've ever had on my blog! Thanks for sharing J.J. All the best with your new release! 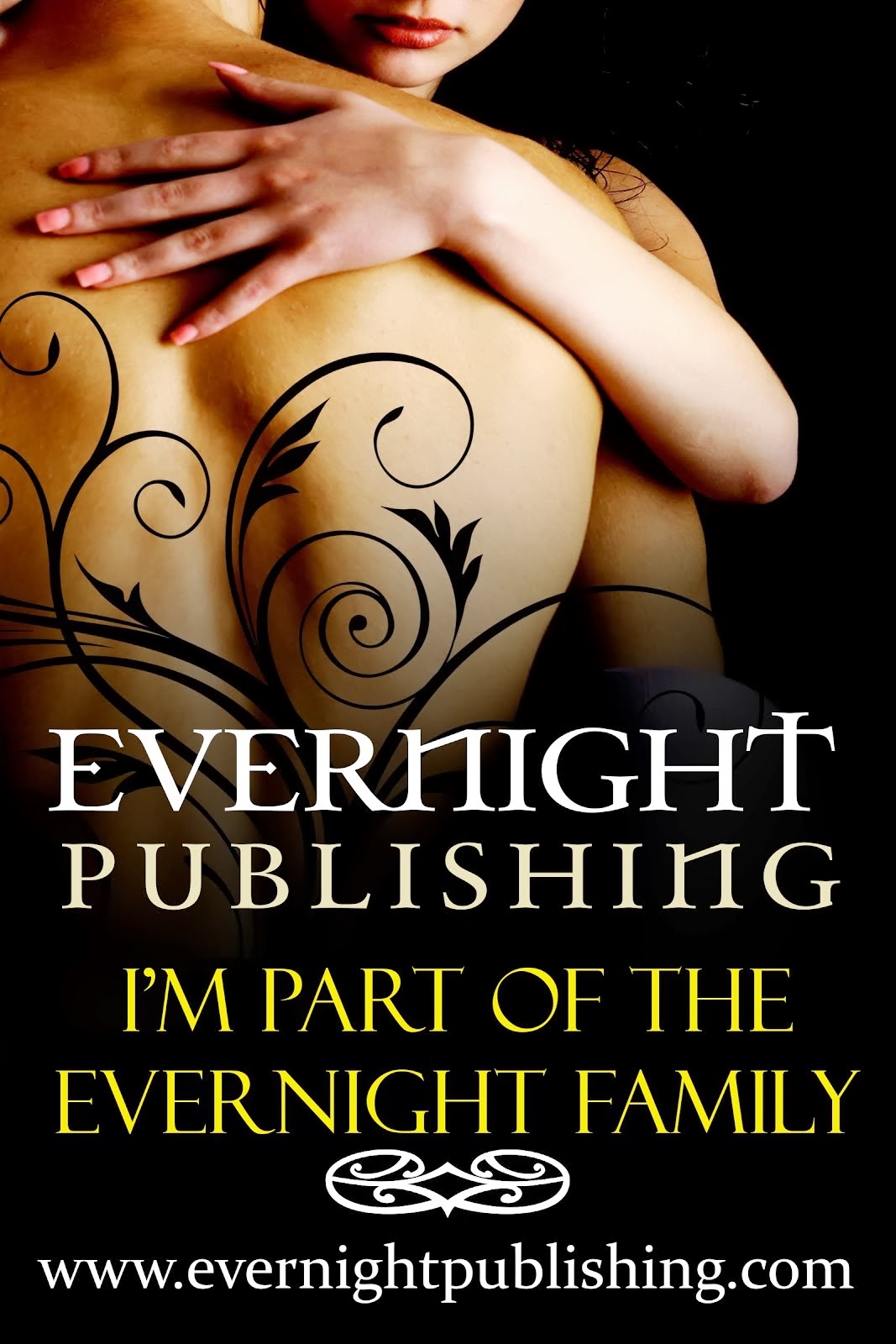