An Exploration of A Secret Love 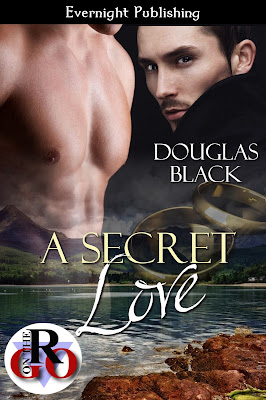 A Secret Love was an incredibly enjoyable story to write. Often when writing I find myself tense and nervous, always a little concerned that what I think is good work might suddenly peter out and become just another word document destined for the trashcan icon.  With A Secret Love I didn't have those concerns. I don't really know why. Perhaps because it is, at heart, a simple story centred around a simple, but fascinating question -

Mark and James, the main characters in A Secret Love came to me almost fully formed as I sat one day, playing around on my laptop. They are simply two men, desperately in love, who, due to circumstances beyond their control, have had to keep their relationship a secret. They live in fear of being caught and can only meet up when their schedules permit, which isn't very often.

I wanted to explore how Mark and James would feel about their situation. Would they be angry? With the world and with each other? Would they be upset, depressed, hurt or lost? Would their relationship be under immense strain and would that take its toll on them physically or mentally?

In the end, the answer to all those questions was no. Mark and James understand the need for secrecy. It is something they have adapted to. Their time together is precious, something to be savoured and enjoyed, and yes, when the time comes for them to go their separate ways they are both upset, but there is surprisingly little angst in A Secret Love. A lot less than I originally thought there would be! Mark and James get their happy ending and I for one was enormously happy for them.

In fact, the only depressing element of A Secret Love is something which doesn't even feature in the story. It was a realisation that came to me when I was writing, and it made me look at my story with different eyes.

I changed Mark's job six times before I finally settled on a career I liked. Mark's career is a huge factor in the enforced secrecy he and James have to endure, and what was depressing for me was that I had so many options to choose from. I could come up with so many jobs, in a short space of time, where a person might want or need to hide their sexuality and their relationship. Sitting reading this, I'm sure you can think of a few. If you think a little longer, you'll be able to come up with a lot. I find that incredibly sad. I'm sure you do too.

After a summer which has seen the defeat of DOMA and the end of Proposition 8 in the USA, and where in the UK same-sex marriage has been written into law in England and Wales, it might be easy to forget that things still aren't easy for everyone. For most people in fact, but little reminders are all around us, even in the most unlikely of places.

A Secret Love is just a story. It's entertainment. And let's be frank, it's M/M erotica with enough steamy love scenes to make it downright fun and filthy, but I'm also proud that it does touch on a real issue in some small way.

Fiction makes it possible for Mark and James to get their happy ending, but not everyone is so lucky. Maybe I'll have to make a resolution to make sure all my characters from now on end up happy, to make up for the fact that in real life we don't always have that certainty.

James is nervous when he pulls into the car park of the secluded and conservative Caledonian Hotel. He slips off his wedding ring, gives a false name at reception and checks into his room.

When Mark finally arrives James expects their time together to conform to the usual pattern, but Mark surprises him. Mark wants candlelit dinners and walks on the beach. James, well, James just wants to make up for lost time. More importantly, he doesn’t want to get caught. They have six months left before they can leave behind everything they know and start a new life together and James is desperate to be discrete. Unfortunately, he never could control himself around Mark. Throw in an interfering old couple and some very public displays of affection and Mark and James’s short hotel stay might just be about to destroy not only the secrecy that has always shrouded their relationship, but also their plans for a future together.

If you fancy checking out A Secret Love for yourself, you can pick up a copy on Amazon and All Romance Ebooks.