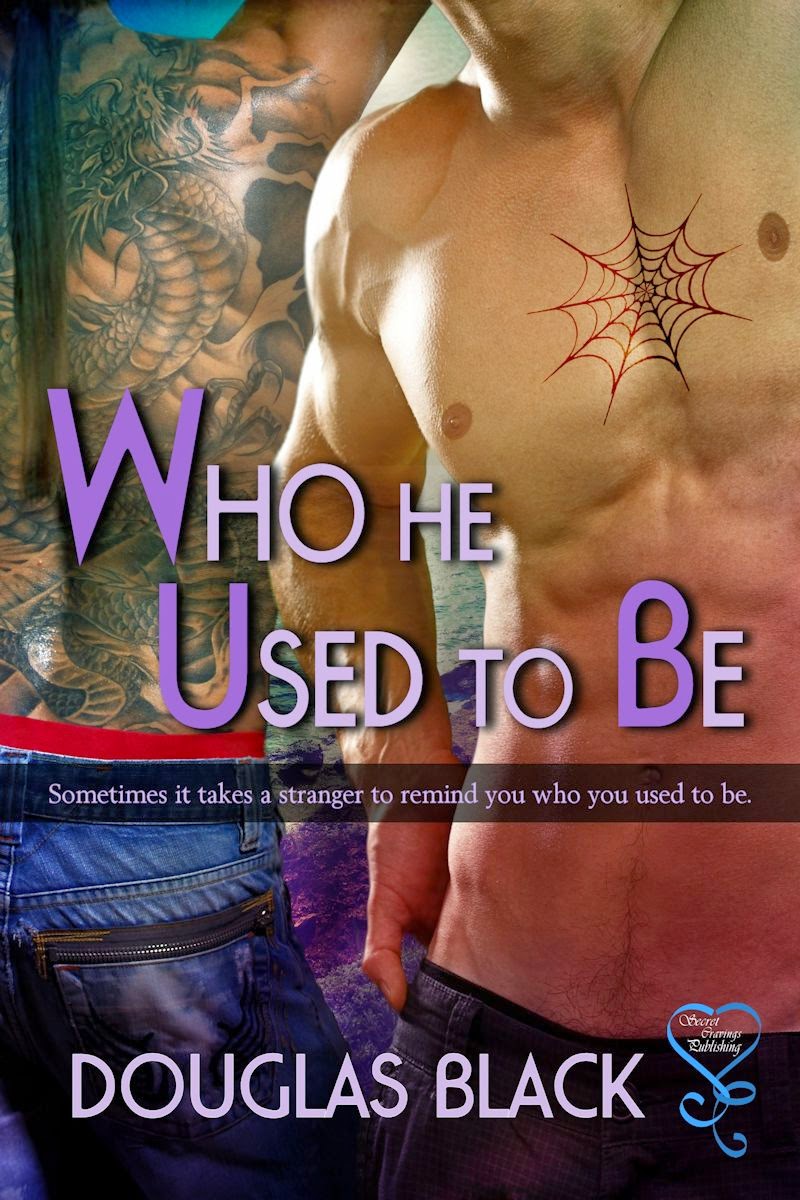 Following the closure of Secret Cravings Publishing, I will soon be making Who He Used To Be available again. Watch this space!

The story follows Connor, a young Glaswegian who has just split up with the boyfriend he moved half-way around the world to be with. Newly single, but with his ex still living in their shared apartment, Connor decides to go out to a bar. There he meets Parker, a man who reminds Connor a lot of the person Connor used to be. The two share a long, romantic, sex-filled weekend together, but come Tuesday afternoon Jeff is waiting for Connor with a bombshell of a revelation and Connor finds himself faced with a decision that, just a week earlier, he never thought he would be having to make.

When Connor’s partner Jeff announces that their relationship isn’t working anymore, Connor is surprised by how little he cares. Newly single, Connor heads for a bar where he meets Parker, a man who proves an excellent distraction not least because he looks nothing like clean-cut Jeff and a lot like the sexy bad-boys Connor used go for back in Glasgow.

A one-night-stand becomes a long weekend together, but Connor still hasn’t had enough of Parker’s dark eyes and easy smile. Connor likes Parker, and not just because Parker reminds him of the man Connor used to be, but he doesn’t know if Parker feels the same.

When Jeff asks Connor to come back, Connor needs to make a decision. Go back to the security of his relationship with Jeff, or jump in at the deep end with Parker and find out if he still remembers how to swim.

Excerpt
The first press of Parker’s lips against his own seemed to amplify all the alcohol in his system. The banging base of the music melted into a thudding beat that dictated how Connor’s hips thrust against Parker’s, how their hands wound and pulled in each other’s hair. When Parker’s lips parted, Connor dived inside, wanting to lick away the taste of cheap bourbon to get right down to the taste of the man himself.

Parker’s hands left Connor’s hair and landed back on his hips. He moved Connor, rubbing their erections together until kissing was becoming damn near impossible. Connor kept pulling away to suck breath down into his lungs and Parker stole it from him every time he brought their lips back together.

“Jesus,” Parker said, pulling away and resting their foreheads together. Connor couldn’t take his eyes off the smile playing on Parker’s lips. “Where did you learn to kiss like that?”

Connor laughed, still rocking his hips against Parker’s. “A place called Glasgow. Heard of it?”

Parker nodded. “I’m going to have to add it to my list of places to visit.”

Who He Used To Be is available from all good Ebooks retailers, now.